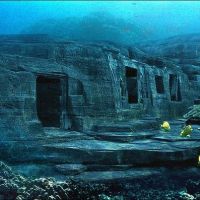 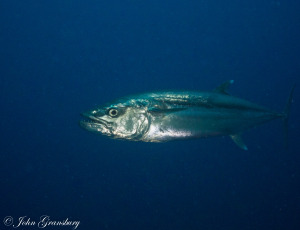 OKINAWA is the southernmost prefecture of Japan. The Ryukyu Islands consists of approximately 160 islands (48 of which are inhabited) of varying sizes stretching for 1,000 kilometres from east to west and from north to south in between the Philippine Sea and the East China Sea, from Kyushu (in the southwest of Japan) all the way to Taiwan.

YONAGUNI-JIMA DIVING-
Yonaguni Island is Japans most westerly point located 110 km off the coast of Taiwan and a 2 hour flightfrom Naha, Okinawa’s capital. Yonaguni is a small, remote, untouched island with a population of less than2,000 people. Most dive around Yonaguni are drift dives. Throughout the year there are schools of big eye trevally and barracuda, dogtooth tuna, turtles, large cuttlefish and more. There are many large rock formations, caverns and tunnels to explore. January to March is the main time for schooling Hammerhead sharks!

Yonaguni Monument- Yonaguni’s unique attraction for both archaeologists and divers alike are the mysterious underwater ruins which lie off the south coast of the island. Discovered in 1986. The megalith structures have sparked much debate as to whether they were completely naturally formed, were naturally formed the modified by man or are man-made structures created by an ancient civilisation dating back to the last Ice Age (around 10,000 BC) which would make the Monument the oldest man-made artefact on earth, pre-dating the pyramids in Egypt. 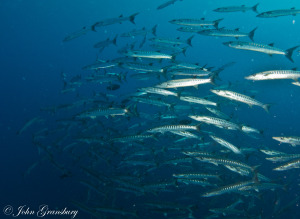 It is hard to believe that the Monument was formed by completely natural processes. Key features include an archway entrance; twin megaliths standing perfectly side by side; a staircase; the main monument measuring some 100 metres long x 50 metres wide and 25 metres tall, with perfectly carved perpendicular terracing; a triangular shaped pool with a drainage channel; decorative rock carvings; a formation which looks distinctly like a face; and evidence of a cobbled loop road around the structures. Could this be the mythical lost continent Mu?

Prices are subject to change without notice due to fluctuations in YEN exchange rates and 2017 operator, hotelier and airline rates.

To secure your place on this trip, you need to complete a booking form and return it together with a non refundable deposit of $500 per person. Click HERE

An additional payment of $750 per person will be required 6 months prior to travel as the airfares from Okinawa to Yonaguni will need to be ticketed at this time.

PADI SPECIALITIES SUITABLE FOR THIS TRIP

This is the perfect way to complete a specialty course as you have already paid for the dives!!