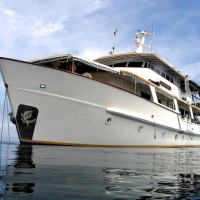 The Eastern fields/Coral Sea operate November through to December and April through to May – prime time for this area. On these cruises, you will find the waters of the barrier reef system around Port Moresby teem with beautiful flora and fauna to satisfy the keenest sports diver or the most dedicated underwater photographer, with Mantas, Sharks and Turtles. 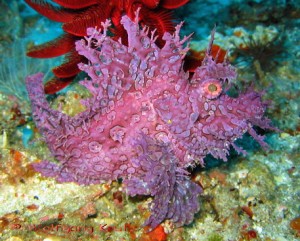 Divers have encountered the rare Great hammerhead shark as well as his smaller Scalloped brothers and Whale Sharks are sighted annually as far in as the capital’s main harbour! The more exotic treats include the Lacy Scorpion fish (Rhinopias aphanes and his rarer brother R. fondoza), Leaf Scorpion fish, Stone and False Stonefish, Crocodile fish, Pygmy sea horse and Tasselled Wobbegongs, Epaulette and Leopard Sharks. The waters here are moderate in visibility but excellent for close-up photography. 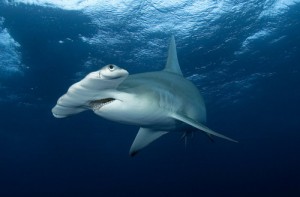 Further offshore, in the clear waters of the Coral Sea, GOLDEN DAWN is pioneering dive operations at the spectacular Eastern Fields, a submerged atoll rising from over 4,000 ft /1,200 mtrs and covering some 400 square miles. Most of this reef system is still unexplored – suffice it to say that over 200ft / 70mtr visibility has been experienced. Eastern Fields is located 90 nautical miles south west of Port Moresby in the northern reaches of the Coral Sea.
The Coral Sea trip is not recommended for the beginner diver or those who are prone to seasickness as it is all open ocean diving. Nitrox fills and sorb are available for extended and rebreather diving at a reasonable additional cost. MV Golden Dawn allow divers with experience and certifications to solo/self reliant dive and use CCR. 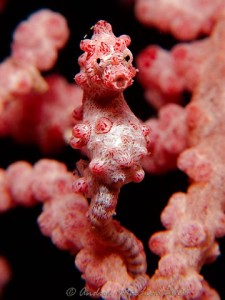 This area of the Coral Sea is rarely troubled by the cyclone’s passing by on their way to the southern latitudes leaving the coral in pristine condition. Being close to the eastern approaches of the Torres Strait (the name for the passage of water between Australia and Papua New Guinea) gives this area the currents that attract the pelagic marine life such as schools of large Dog Tooth, Yellow fin, Blue fin Tuna, Spanish Mackerel and Wahoo. Eagle and Manta rays can be found patrolling the walls, as well as schools of horse eye jacks in their balling formations and schools of spiralling Barracuda. On our shark dives Grey reef Sharks and their elegant brothers the Silver tips are frequently encountered. The Great and Scalloped hammerhead shark will often make an appearance when you least expect it! You will enjoy dive sites like “Carls Ultimate”, where the marine life is so rich and diverse that it is not uncommon for divers to do 12 dives and still ask for more. The small and the unexpected should not be left out, with species of Nudibranch and Flat worm we have not been able to identify as yet! Many different types of Shrimp Goby, Blennies and clouds of Anthias and Fusiliers are to be found while diving.
This Trip of a Lifetime is ONLY $3, 450 per person!!

• 7 nights accommodation on board the MV Golden Dawn

• All meals on the MV Golden Dawn

• Return flights from Brisbane to Port Moresby with Virgin Australia

COST DOES NOT INCLUDE: