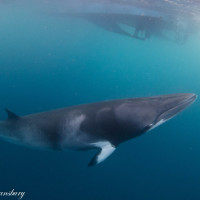 Humpback whale encounters are common during the months of July, August and September. Unlike the Dwarf Minke Whales who love the crystal clear waters of the outer reefs, Humpback whales are seen more at inshore sections of the Great Barrier Reef, often during a surface interval in between dive at sites like the SS Yongala and while cruising around Magnetic Island or the Palms Group.

Townsville outer reefs are visited by the Dwarf Minke Whales far more frequently than the Ribbon Reefs from Cairns. Our dive operator is the only operator to visit (or know) these sites. 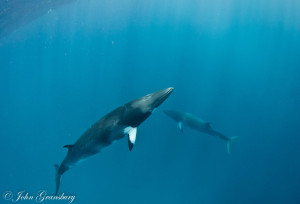 THE S.S YONGALA sank in a cyclone on the 23rd March 1911 and remained undiscovered for almost 50 years, not being positively identified until 1958. The wreck now lies on its starboard side in 14-28 metres of water and at 109m long is the largest and most intact, historic shipwreck in Australian waters.

She sank just 12 nautical miles off the coast of Cape Bowling Green in the Great Barrier Reef Marine Park with the loss of all 122 passengers.

It has now become known as one of the world’s top wreck dives and certainly one of Australia’s best dive sites due to the prolific variety of marine life. Giant Queensland gropers hang beneath the stern while schools of trevally and cobia congregate around the depths of the wreck. Queenfish, barracuda, turtles, sea snakes, eagle rays and clown fish are just some of the other incredible life inhabiting the coral encrusted structure. 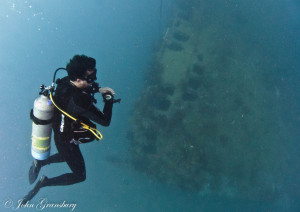 The Great Barrier Reef is the most bio-diverse ecosystem on the planet including over 1500 species of fish and 350 different types of coral. The Yongala wreck has now become an artificial reef with more varieties of coral growing on it than most natural reef systems. It is also host to a huge diversity of pelagic and reef species found in the Coral Sea. You will see more fish in one dive on the wreck than ten on the reef. It’s certainly a dive experience you will never forget. 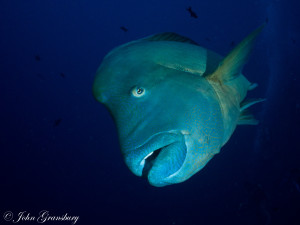 THE SS GOTHENBURG was a steamship that operated along the British and then later Australian and New Zealand coastlines. In February 1875, she left Darwin enroute to Adelaide when she encountered a cyclone- strength storm off the north Queensland coast. The ship was wrecked on the Great Barrier Reef north-west of Holbourne Island. Twenty- two men survived, while between 98- 112 others died, including a number of high profile civil servants and dignitaries.

Today, only parts of the deteriorated iron hull and the coal fired square boilers remain. The wreck lies in approximately 9- 16 metres of water, 130 kms southeast of Townsville. The reef around the wreck provides good diving with an extensive coral garden. Pelagic fish and reef sharks frequent the wreck.

Diving by yourself? We will buddy you up with another diver with similar experience

Opportunity for up to 22 dives (5.5 days of diving)
7 nights berthed accommodation on board the MV Kalinda
All meals and snacks whilst on board
Up to 2 days of diving on the SS Yongala (including a night dive and dawn dive)
Up to 1 day of diving on the SS Gothenberg wreck
The chance to snorkel with Minke Whales and Humpbacks when encountered
Tanks, weights & air fills
Yongala mooring fees and GBRMP reef fees

PDS is able to provide you with a wetsuit, BCD, regulator, computer, tanks for the trip and hire pricing for the week will be provided upon application. Please note that you will need to arrange to collect the gear from us (Brisbane based customers) prior to the trip and this gear must be incorporated into your own luggage allowance for your flights.

Alternatively gear hire can be arranged directly through the operator, with prior notice. 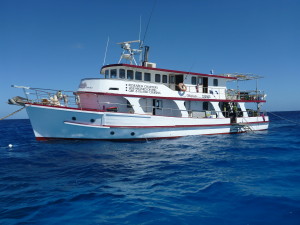 The first evening a board the MV Kalinda the group will secure their bunks, orient ourselves around the boat and setting up our gear before retiring.  The Kalinda is not a luxury vessel but she is very accommodating, safe and comfortable. 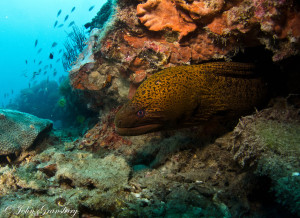 This morning you will enjoy breakfast on the MV Kalinda prior to disembarking. For those of you flying home, please do not book your flights any earlier than 6 pm. Due to the high number of dives that you will be doing over the week, it is strongly recommended that you leave 18 to 24 hours between your last dive and when you fly.

Download the booking form attached to the page. Complete the required fields, scan and email to [email protected].